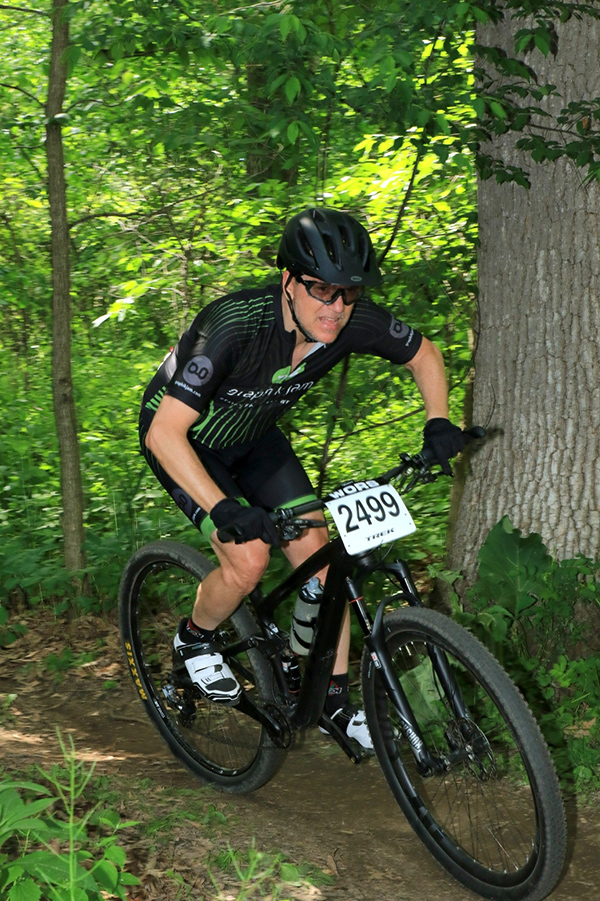 Who is STM? That’s a great question. The main man running Short Travel Magazine is John V, or JV for short.

John started his love of XC mountain biking almost as soon as he got a mountain bike back in 1991. Back then, in the good ol’ days, all mountain biking was XC. Hardtails with rigid forks were the norm. There were no other style of bikes.

Like many people, John had raced BMX for many years before slowing down in the late 80’s. He had graduated highschool, raced for a few more years, then got a car and moved on. It only took about 2 summers for JV to realize he missed pedaling things around. So after an impulse buy of a first bike, a generic “mountain bike” was purchased, the journey began. This first bike was crap, and had PINK accents. Dark grey, with pink plastic brake levers, stickers and other details. Wow. But remember, back then, neon colors, yellow, pink, were the rage.

That lasted about 3 months when JV strolled in to the old BMX shop he used to frequent often. They were a Raleigh dealer. JV always liked his Raleigh bmx bikes because Toby Henderson was at one time, a Raleigh sponsored rider (the same Toby Henderson who founded and runs BOX components…). They had a cool, white Technium MTB that was much more his style. Shimano cranks, aluminum rims, a real MTB. The next step? Find a MTB race, naturally. A major part of any hardcore BMX racers life was the various bmx magazines. So, he found a magazine for mountain bikes, saw a race was happening a few weeks later, and went.